Just got an angry comment and I’m so happy! 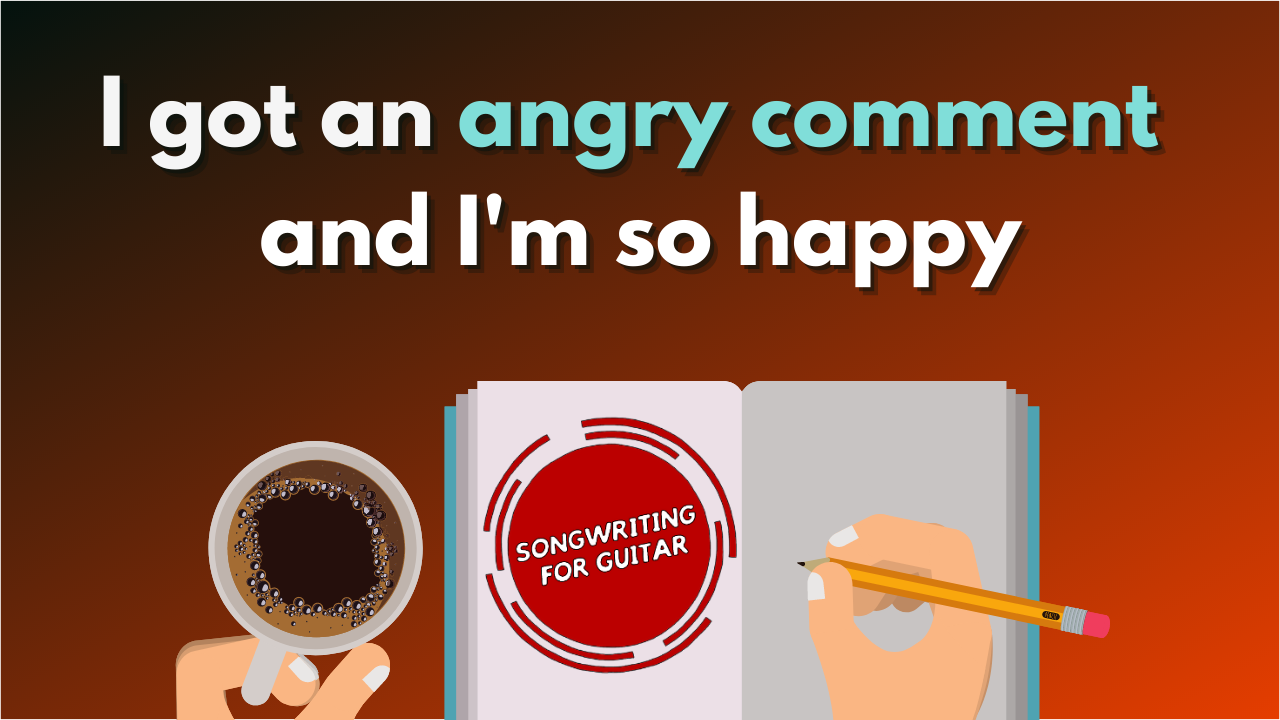 When I write blogs/vlogs and do Facebook/instagram ADs 99% of responses are thoughtful and engaging.

Well sometimes the responses are either creepy, weird or like this…

Now why single out this passive aggressive “comment” for this blog?

Because there’s sooo much good stuff in there I wanted to unpack!

We all write the same songs

I hate to break it to you, but we all write out of habit. Which can cause all of songs to eventually sound the same. We all fall into patterns lyrically, melodically, and musically.

It’s important to accept this early on in writing.

Creating active listening playlists of new material from different artists/genres helps fight the “same old songs” from creeping back in.

If you’re gonna tell me your songs don’t sound the same . . .you’re assuming a lot too.

Now there may not be a “hit” formula, but there is something incredibly crucial to help get better and better songs.

It’s called practice. (Which I thought was widely known but not always the case for some)

Any songwriting mentor I’ve been lucky to have in my life has stressed this to me over and over. It’s important to have a daily/weekly songwriting routine. If you’re not keeping those songwriting wheels moving, don’t be disappointed when songs don’t just “appear”

If you’re doing both active listening/creating playlists of new things and a practicing songwriting daily, recipe songs won’t happen but great songs will!

Networking is just as crucial as the daily practice. Those that make the connections and show up get noticed. Just having “one hit” is pretty narrow minded and not “big picture” thinking. Also, if you don’t network with others how are you getting that “hit” to them?

As far as I know the “hit” fairy won’t come at night to get your song from under your pillow.

To have a long term and sustained career in music, networking with other songwriters, producers, song pitchers, and music supervisors is a must!

There are already tons of resources out there to start networking right from home.

This comment was insanely helpful to reinforce WHY I teach.

Misinformation and assumptions can limit how you’ll grow creatively and musically.

It can also become toxic and cause you to write something like that at 2:55am in the morning.

(Honestly, am I the only person that goes to bed at 10pm?)

Keep these things in mind, be kind, and you’ll do just fine!