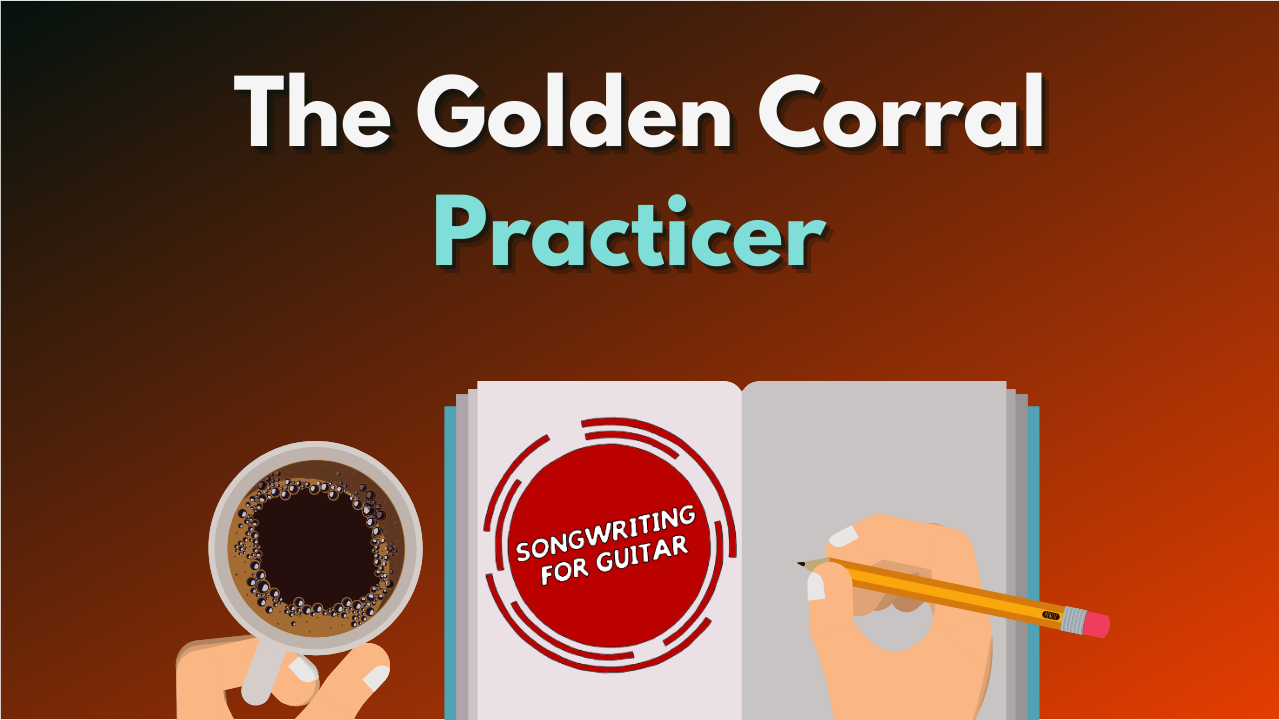 82% of people who are looking for guitar advice tell me they have trouble concentrating while practicing. They just can’t focus!

Well, have you ever been to The Golden Corral? It’s a buffet where you can have whatever you want…. mash potatoes lasagna, shrimp, mexican... It might sound great until you leave with your intestines in knots.

Well this might be how your practice routine is.

You might be... the Golden Corral practicer *(insert sound effect-dun dun dunnnnn).

There’s so much to eat, that you excitedly rush through the buffet until there’s no room left on your plate!

You leave with a stomach ache, and don’t even want to look at the buffet again (until you forget that experience and the process repeats itself again). Same with this type of practicing.

You choose a little of this and that and rush through the random stuff that pops in your head.

The concept turns MY stomach- not only as someone who eats food on a regular basis ;-), but as someone who sees people running around in circles not reaching their guitar goals.

Personally, I feel so much better when I decide to enjoy just one thing that was made specifically for me (vegetarian lasagna anyone?).

Luckily, the Golden Coral in my town has closed down, and that’s what I know you can do to this habit.

Before you practice, look at a menu that you’ve set out for yourself. What is it specifically that you want to get better at? Write it down, plan it out…ie. “Listen back to the last recorded song...Where can it improve? Or “Practice the e minor pentatonic with the metronome at 86.” and “Work on strumming in the verse of my new song”...

If you don’t know what your overarching goal is, don’t just jump in and start planning or practicing.

First you need to backtrack for clarity and practice, starting with specifically focusing on what your ultimate goal is.

Take the time to sit down to think about that, and get quiet- get a journal and physically write out what you’d love to see happen.

You don’t need to explain how you’re gonna get there, but have some big goals!

That gives you clarity from the heart of it.

So what do you want to be?

Do you want to be a session guitarist? That’s awesome! Take an honest look at how you are with the metronome right now. Is it off? Is it right on the money?

Do you want to perform all the time? Do you have very strong patterns?

The clarity piece starts by getting specific with what you want to do.

Unfortunately with this, some people feel like they’re limiting themselves but, if you start thinking this way, you’ll gain a better understanding of what you’re working for. In the end, you’ll keep up a more consistent habit.

Yes, you want to be a great songwriter, that’s awesome, but who for? Yourself? Others? What’s the genre, what’s the style? Are you writing? Are you performing?

There are so many pieces, and once you can start focusing on one specific aspect consistently for 20 minutes, 5 times a week, then you can build from there.

Remember, when you started guitar and your fingers weren’t feeling so great?  It’s a similar thing here. This is what practicing feels like at first, it’s uncomfortable, but that’s why it’s important to do small bits consistently.

After a few weeks you see a lot of progress because you’ve focused, and that’s when you can jump in and increase it to 25 minutes, four or five times a week and start seeing the real progress.

The real grit is starting to change your habit and being patient with yourself while you build those callouses.