Do You Have the Time to Listen to Them Whine? 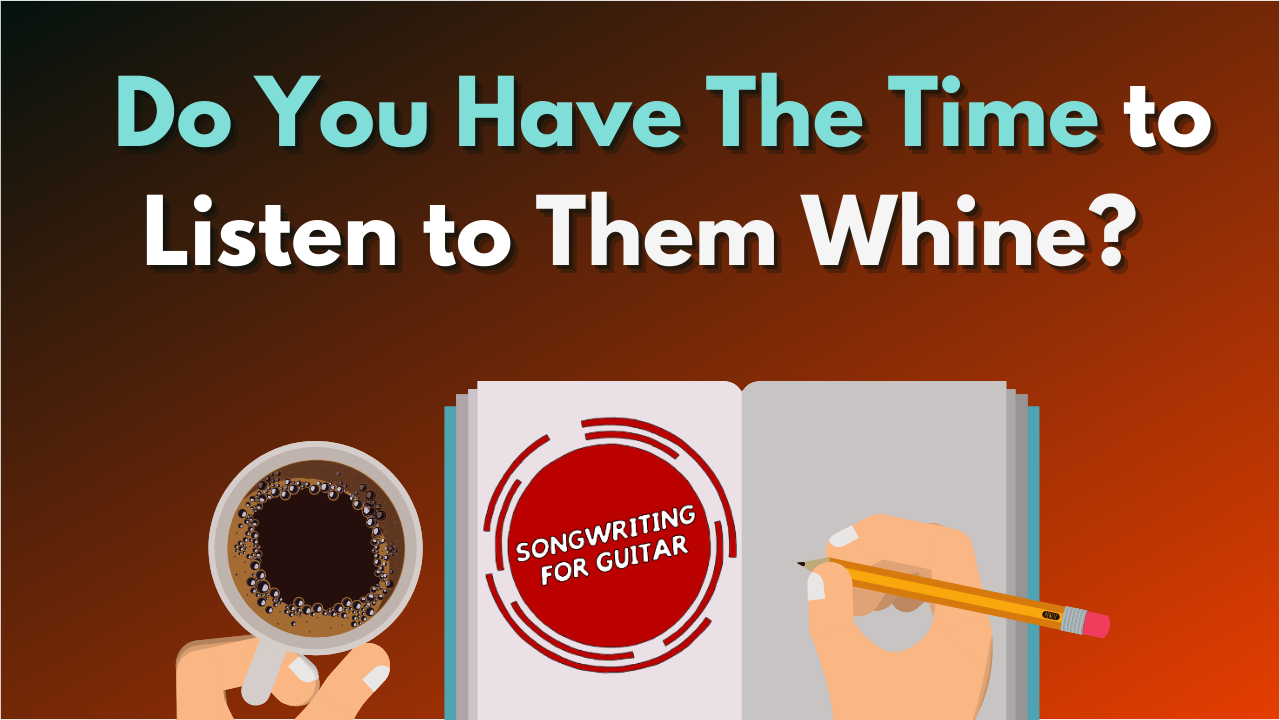 There’s a habit among musicians to compare and care what other people think about our decisions: fans, friends, family, anyone! We forget to put our blinders on and forget to just keep getting excited about what we’re doing. It can be a real bummer, time sucker and career killer! What would it be like if musicians didn’t do that? I have to wonder.

There was a documentary on Green Day where Billie Joe Armstrong and the band talked about the earlier days when they were selling out shows and at decision cross-roads.

Green Day was on a great label called Lookout Records at the time, which made up a lot of the East Bay Punk Rock scene. They would often play a place called 924 Gillman Street which was basically the punk rock holy mecca.

They’d be playing these huge shows, and fans were coming up to them and saying they couldn’t find their record in local stores. Lookout wasn’t able to deliver at the level needed, and they soon came to realize that they were outgrowing their label.

Green Day saw what was possible and they could either keep on with Lookout, who couldn’t deliver on their first record, or accept offers from a major label.

Billie Joe said he never wanted to have a “what if” moment later.  In Green Day’s case, they wanted to know what would happen if they actually had time and money to go into a studio and put something together, something great. They didn’t want to always wonder what if they had that opportunity.

They signed with Reprise Record, and what came out of it was a groundbreaking record!

The thing was, in punk rock at the time, major labels were seen as the antithesis of the whole scene, even though major labels gave them influential bands like The Sex Pistols… Nonetheless, people really turned on Green Day for it. It was kind of a Bob Dylan goes electric moment.

Gillman Street even turned their backs. They battened down the hatches and made a rule that if you’re affiliated with a major label you couldn’t play there anymore. Billie Joe said he knew that was going to happen, but also knew it was the right decision.

Turns out, they weren’t even phased by it. In fact, later on they even funded Gillman Street with their major label money to help keep the venue open! The punk rock scene was threatened and instead of turning their back too, they went, “I understand, it’s all good, we’re gonna keep doing this thing we’re excited about”...  It’s one of the many reasons I still love Green Day.   It’s clear their “What if'' confidence was real. It wasn’t just a front.

I mean, that IS punk rock.  The community that they loved and the place they played all the time, were giving them the middle finger, even got into a couple fist fights, but they were too busy making music and paying attention to what they were doing to focus on what others thought.

They were making sure they lived up to their potential.

It teaches us to steer clear from basing decisions on what people think. Yes, even our most beloved fans should not get our undying loyalty if it means we can’t make the decisions that are right for us. This story proves that if they say no, it’s not a career death sentence. Let them say no, and keep going about your business.

If you’re excited and confident about what you’re doing, then you truly won’t have time to be worried about others' reactions.

Have that Green Day, “What If” confidence and be excited about what you’re doing! Because even though your “what if” looks risky, once you see what happens, it can be a “holy shit” type of amazing!

So what if we all did that? Wouldn’t that be great? I think we all need more “What If” attitudes in our hearts and in our decision making filters, going forward.