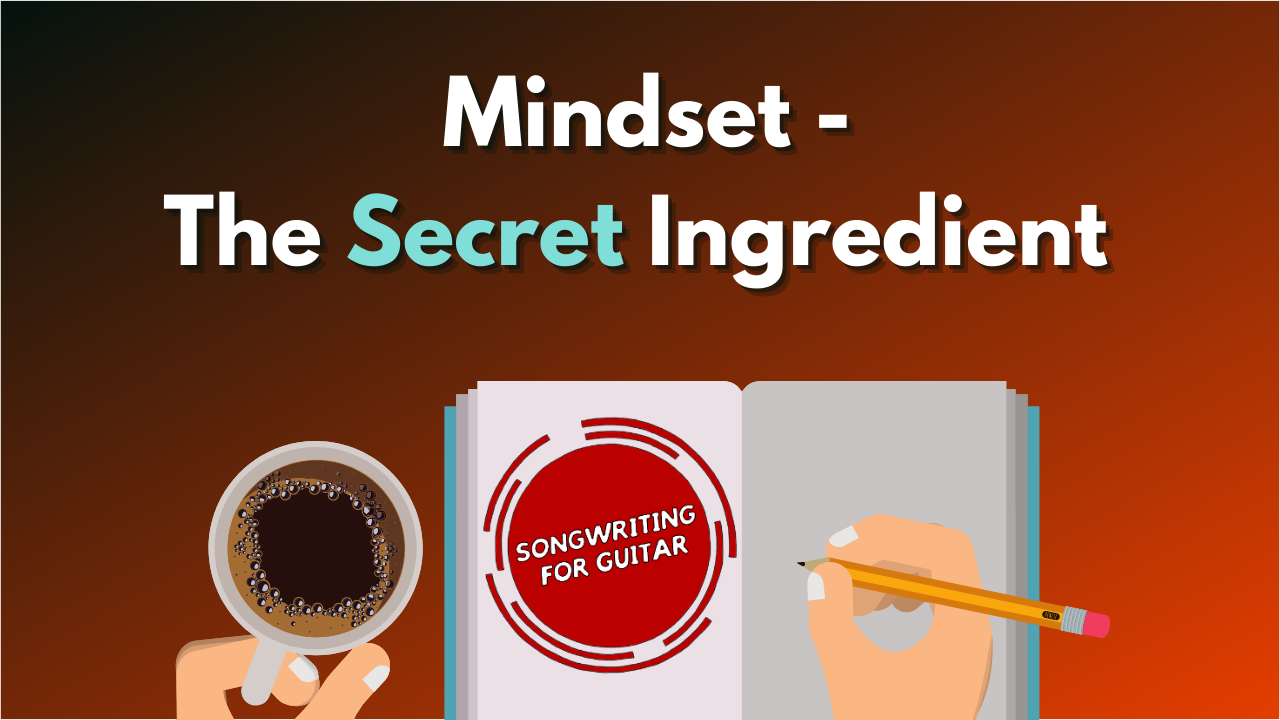 One of my favorite shows to watch is none other than the Great British Bake Off. In the latest season, I saw an interesting journey playout for two phenomenal bakers, Jurgen and Giuseppe.

(FYI this is a season spoiler so you are warned but I think I've waited long enough if your'e fan to write this).

And I can’t help but compare these bakers to songwriters. There are so many similarities! I’ve even blogged about the similarities of songwriting and baking before.

Both Jurgen and Giuseppe could have won the whole competition based on skill - but only one of them would of course. As things progressed in the competition, my interest peaked as I began to draw comparisons between attitudes in the kitchen with the psychology of a musician.

Both musicians and bakers are essentially performers, creating for consumption. Without the audience, neither would exist. We are craftsmen who put our heart and soul into our creations. Both are outlets for self expression, and in order to succeed in the various components of our work, we need a mindset that is adaptable and flexible.

About twelve thousand bakers apply to the show each year, so competition is fierce from the beginning. But like music, when you’re racing towards the finish line to be seen, listened to, or judged, a certain level of perfection and skill is expected.

Working on a bigger stage, competing, songwriting or playing professionally brings a whole new element to your craft. Art should not be a constant competition, but there are performances that end up defining us. And as time goes on, inevitably, something will go wrong.

Right from the beginning, Jurgen and Giuseppe were top bakers getting and humbly accepting the most praise of them all. But if you were paying attention, things started to go wrong for both as competition wore on. When they needed to kick into high gear and start showing off, both received negative feedback when their bakes didn’t go as planned.

The path to success started to get less clear for them and we saw two different approaches unfold. I think we can derive some songwriting wisdom from what happened.

A look at the bakers

Baking is in Giuseppe’s blood, his Dad was a phenomenal baker. No, Giuseppe isn’t perfect, but I would notice that he took feedback in a way that helped him improve. At points, I got nervous because it was obvious that he was stressed and it showed in his bakes.  However, when the negative feedback came along, Giuseppe seemed okay to get it. His comment back was “Well, the only thing you can do is improve.”

We saw the comedic hosts still be able to crack jokes to Giuseppe about his baking slip-ups.

Of course he wasn’t happy when things went wrong, but he kept heart and powered through. It was obvious he was going to be fine, in fact become better.

Jerugen is a quiet, focused and technical baker. He came straight out of the gate doing things that wowed everyone. He seemed to be especially fueled by the positive feedback and there was a lot of it.

There was one pivotal moment when three of four people in the tent received a handshake from Paul right before the finals, which is completely unprecedented (one handshake an episode seems to be a highlight of the baker’s career). The thing was, he was the only one of the four not to get one. He received positive feedback, but he didn’t get an overwhelming response.

After that, you could see that he checked out. You could tell he decided what his outcome was going to be.  He became even more quiet and drew inward. It’s not that he did anything bad or didn’t have time to turn it around, but it just didn’t happen. His comment back to the camera was not, “I’m here for improvement”, it was more, “It’s not what I wanted to hear.” The slope got slippier for Jurgen and it felt like he forgot to pump the brakes when he was heading for the cliff.

The editors highlighted when Jurgen was praised, he shot forward but when he wasn’t praised, he sunk down, and consistently got to a point where he didn’t want to be bothered. A host would come over to joke like always and would end up walking away, going, “you want me to go away don’t you?”.

Jurgen was incredibly talented, though by the end it became obvious that he got his fuel from positive feedback - which isn’t a great way to persevere in a 12-week high pressure competition (everyone will have negative comments at some point)!

Even though Jurgen is amazing at what he does, keeping on with this attitude, he’ll stay where he is.

Back to songwriting and music…

When it comes to our craft, mindset is the secret ingredient that you can’t see, but makes or breaks the whole thing.

Take for instance on social media when we see someone succeed or talk about great things happening to them, it’s okay! It can happen to them and it can happen to you too! Not everyone can get that placement or go viral every week, just like not everyone could get “star baker”,  but every week we have another shot.

Jergen was a hot cross bun coming in but then he lost his steam. It’s completely relatable of course. We start with, “I can do this, I’m going to do this, I have the talent” and then get bogged down by the process, the pressure, the comparisons and live or die by the feedback. We as musicians are faced with similar mindset options as these bakers.

Proof is in the pudding as they say, and Giuseppe’s way of executing and persevering the competition won out.

Lessons Learned (How to be a Giuseppe!)